This guide offers a quick access to some essential resources in terms of maps and geospatial data.

In January 2019, the Bureau de coopération interuniversitaire (BCI) and Laval University officially launched Geoindex. This plateform has been developed by Laval University at the request of the BCI and in collaboration with librarians from many universities in Quebec. It allows its users to easily visualize and download geospatial data available to them. One of the main goals of this project was to facilitate the access to geospatial data for all university students and researchers in Quebec.

The development of Geoindex started in 2015, after the ratification of the new agreement between the BCI and the Ministère de l'Énergie et des ressources naturelles du Québec (MERN). Thanks to this agreement, the MERN provided all participating university students and researchers in Quebec with an access to many of its geospatial datasets for educational and research purposes. 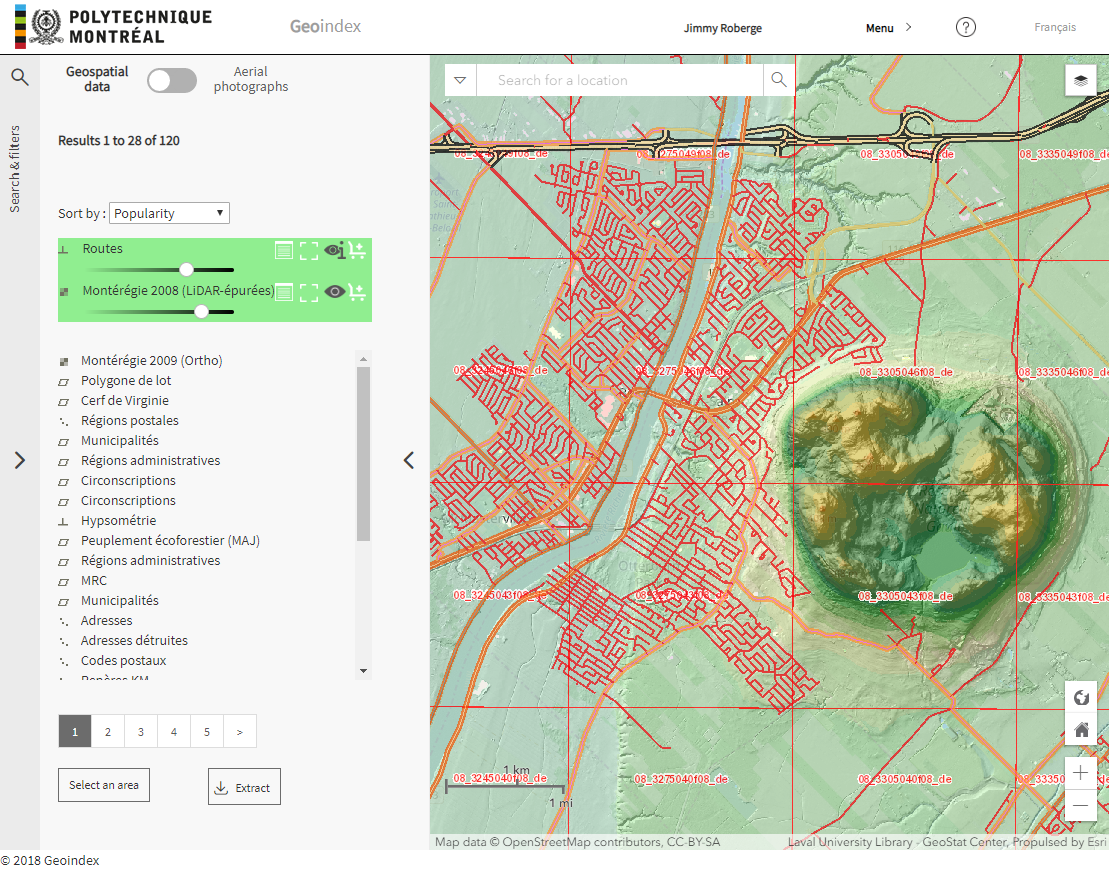 Once you access the platform, you can personalize some aspects of your personal profile. In order to do so, go in the "Menu" section located at the upper right corner of your screen, then click on "My profile".

NOTE: Compatibility problems have been observed in the past with Internet Explorer, but these should have been fixed at the moment. If you still have trouble accessing or using the platform with this web browser, you could try using Firefox or Chrome instead.

Geoindex is a web based platform that can accessed through a standard web browser. It contains geospatial data mainly from the Ministère des Ressources naturelles du Québec (MERN). More specifically, it contains the following datasets:

New data layers will be gradually added to the platform by the end of 2020. Please take note that all datasets related to the MERN-BCI agreement will eventually be included in Geoindex.

Find this page on your mobile device.
Download a compatible code reader for your
device at www.code-qr.net
© Polytechnique Montréal
Ask a question